There’s no doubt – we’ve come to a significant moment…

What’s worked before is no longer an option. It’s time for Maverick entrepreneurs, visionary creators, change makers, and impactful leaders to rewrite the rules of business for the 21st century. In fact, I predict that businesses without a core impact will be at a competitive disadvantage in four to seven years (or less).

The time has come for an Evolved Enterprise to create (or re-create) a company that authentically comes straight from your true essence, wrapped around a meaningful impact, and then develops the community, culture, and product or service in total alignment. And the most interesting part is all of this is actually good for business in all ways.

In the landmark book Firms of Endearment, the authors show how firms that follow these principles have outperformed the S&P 500 by 1000 per cent over 10 years. New research from Nielsen shows 50 per cent of global consumers (in 58 different countries) are willing to pay more for goods and services from companies that make a difference.

I believe businesses that make a meaningful impact actually have a huge competitive advantage over mundane, uninspiring ones. They make more money by doing good, and here’s why…

Most businesses fall into this category. It’s a purely economic exchange. The official definition of a transaction is “a one-time instance of buying or selling something; a business deal.” Notice the words “one-time instance.” That’s not what we want, is it? In a transactional business, customers have no real reason to be loyal to the business in the long term. Your product or service is commoditized. Customers are mainly looking at price. And that means they’ll leave as soon as someone offers them a better deal. 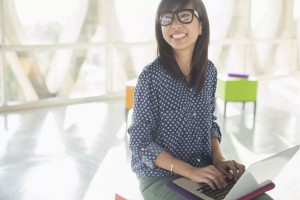 At the next level, as a transformational business, you stand for something. A set of principles, a cause, a world view – something that unites people behind a common vision. This impacts both your customers and your employees.

When your business publicly declares its mission to the world, it’s like planting a flag that tells the right people, “You belong here!” It attracts like-minded people who feel like you get them.

It inspires tremendous loyalty, since being a customer becomes a part of their identity. And as a bonus you’ll spend less on marketing since your community of diehard fans will evangelize your brand to their friends. And that goes double for employees. You’ll attract people who really believe in your vision and who are motivated to do whatever it takes to achieve it.

“New research from Nielsen shows 50 per cent of global consumers are willing to pay more for goods and services from companies that make a difference.”

Here’s one example: Sevenly, co-founded by Dale Partridge, is a company really exploding because of their integrated impact. When Dale presented to our Maverick1000 group, he said that 80 per cent of their new buyers come from social media shares. This is huge! That means you re-allocate funding that might normally go into a marketing budget and move it into making a meaningful difference. 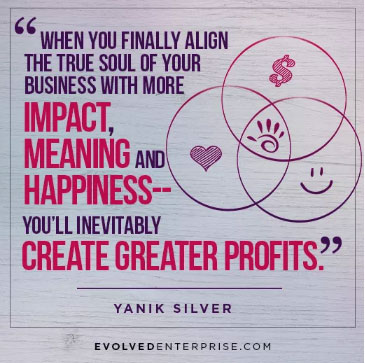 Currently they donate 7 per cent per featured purchase per week towards the featured cause as part of seven main areas of help. Get it? Hence the name, the donation amount, and the length of time to accumulate the donation. The power of this transformative identity works because Sevenly has donated over $4,400,000 in just under five years and is growing rapidly.

This is a level, moving further beyond what a business is considered to align with – the deepest essence of the company’s true nature. I would even call it the “soul” of your venture. Transcending is about gaining the elevation you need to discover the meaningful interconnections.

Consider this example; ULTRA Testing, was founded in 2012 by a pair of former MIT roommates on the premise that “disability” can be a source of competitive advantage. ULTRA’s first service delivers high-quality software testing by employing onshore teams of individuals with Autism Spectrum Disorders.

There are 1.5 million Americans on the Autism spectrum, and they’re usually at a disadvantage in traditional office environments. But not everywhere. 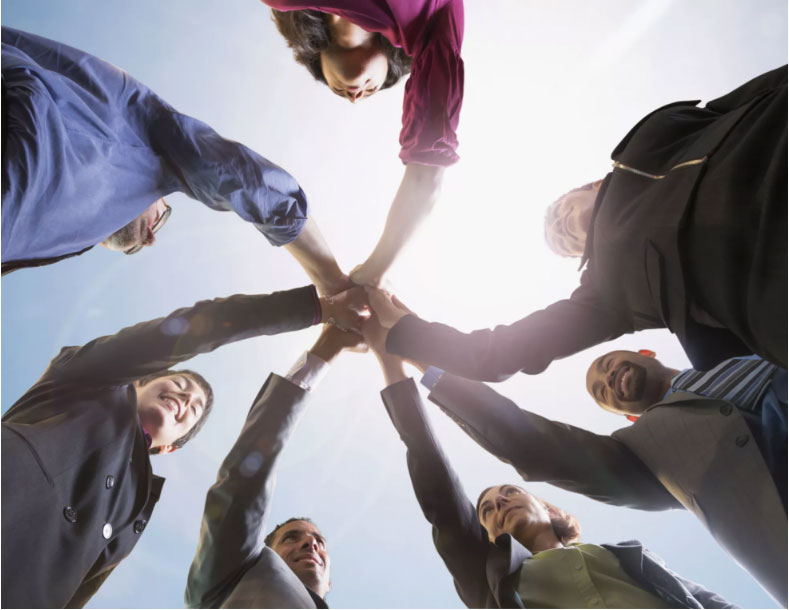 People with Autism and Asperger’s tend to engage in repetitive behaviors that others might consider boring – these allow them to maintain focus as they test whether a given piece of software works on different devices, operating systems, and web browsers over, and over, and over again – a significant advantage and perfect match for the work they are doing.

“Transcending is about gaining the elevation you need to discover the meaningful interconnections.”

What’s more, at the transcending level, you don’t just apply your shared values within the company. You also work to connect with other businesses, partners and allies that share similar values. It’s about creating an interconnected network to amplify your impact.

Transcending businesses not only stand for something, they work to create a movement around it. And that movement extends beyond any one company.

I believe this is the way forward for today’s entrepreneurs, as Evolved Enterprises. When you align the core of your business with more meaningful impact, you’ll inevitably generate more profits.